Mass Times
Novena to St. Jude
Monday
during 8:00am Mass
Blessed Sacrament
Exposition and Adoration of the Blessed Sacrament
every Tuesday 8:30 - 9:30 am and the 1st Thursday of the month 7 - 8 pm
Rosary
Monday - Friday
Before Mass
Confessions
Confessions Saturday 4:15-4:45 and by appointment
Homily 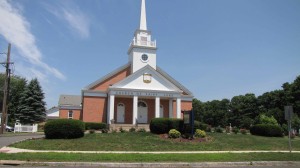 On May 11, 1961, His Excellency, Bishop Vincent J. Hines announced the establishment of St. Luke Parish in the Town of Ellington; the new church was dedicated on December 23, 1962 and the first pastor was Reverend Maurice F. Sullivan.

At that time, the parish family consisted of 400 families, with around 1400 people. The first parish services were held in the Ellington High School auditorium until the construction of the church was completed. Designed by architect Arthur E. Thomas, the chuch was built for $300,000.

On April 13th, 1986 the parish celebrated its 25th anniversary and on October 6, 2001 its 40th. Over the years, the parish family continued to grow in numbers, activities and services under the leadership of Reverend Fathers Maurice Sullivan, John Honan, Bernard McGurk, Norbert Belliveau, Joseph Ricard, Louis Galluppi, and Thomas Plathottam.

Remarkably a number of the original 400 families are still members of the parish. They, their children and grandchildren are the cornerstone of our Christian Community, which has now grown to 780 families with around 2,500 people. In addition to increasing the number of parishioners that are served at St. Luke’s, we have 2 priests and 2 Deacons, the result of Vatican 11. We have a relatively young church with a very rich history, full of love and commitment. Even those who have been with us for a short period of time demonstrate the same attitudes and behaviors of our founders.

The rectory was built in 1914 and purchased for the parish by the Diocese from the Wendhiser family. The church office is in the rectory. In 1997, a house on Berr Avenue was purchased from the Parker family to open a convent. It was dedicated in September 1997 for the Sisters Parish Visitors of Mary Immaculate. The PVMI Sisters left in 2001; the Religious Teachers Filippini were invited by Fr. Tom in 2001 to work in the parish. Three sisters, Sister Guytina, Sister Margaret and Sister Philomena, joined the parish. Due to a shortage of personnel, their order decided to close the convent in the summer of 2004. The convent remained vacant for two years. In 2006, Fr. Tom brought two sisters from India, Sister Theresa, D.B.S. and Sister Bincy, D.B.S. to live in the convent.

After many years of envisioning, the Parish Council approved the construction of a Parish Center. A feasibility committee was appointed in 2003. In 2004, a capital campaign began and officially ended on November 24, 2004. The goal of the campaign was $1.3 million. In January 2005, after pledges of $800,000 were received, a building committee was selected. In August 2005, a groundbreaking ceremony was held. By the time construction began, half of the funds had been collected. By the time construction was over, a total of $1,400,000 was collected. Om May 20, 2006, the building was dedicated and the dream of the parish center became a reality. With the balance of the money collected, a Scholarship Program was created for Catholic children. Three Scholarships of $1,000 are awarded every year.

From the year 2000 to this day, the following major improvments were made in the church: there are new side altars, boiler, interior/exterior painting, sound system, air conditioning, pew cushions and kneelers and a floor in the church hall. Outside improvements include a new church sign, landscaping, a parking lot, outside Stations of the Cross, Statues of Saints and a garage for the rectory.

The late Frank Dever, a faithful member of St. Luke Church, left a generous amount of money in his will to St. Luke Church. Father Tom thought it would be nice to recognize him with a monument outside thus the 15th Station of the Cross became a reality. Father decided to erect a Statue of the Resurrection and he named it the “Statue of Christian Liberty”. It is through the death and resurrection that Jesus liberated us so that is how the name came to be.

St. Luke’s Parish continues to be a welcoming, vibrant and growing family 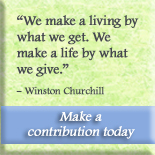 Thank you for your support of the 19th Annual St. Luke Golf tournament!

This year the 20th Annual Golf  Tournament will be on Monday September 26th!  See form below to register, become a sponsor or for more information.

The Annual Golf Tournament is  Scramble format. All players are welcome.

Our Mission:
To provide Christian resources that will spark spiritual growth and development for every
St. Luke parishioner.

Catholic Mass Times Near Me

The Chaplet of the Divine Mercy

Come pray with us, reflect on the weekly gospel and perform community service. To join or for more information please contact Tracy at tlipsky@live.com or 203-578-0489.

Are you in Need?
The St. Luke Women’s Guild is here to help and support parishioners.  Do you need prayers? Company? A meal after an illness or new baby?  How can we help and assist you? Please let us know by contacting Tracy.
40 Days for Life

Powered by WordPress and WordPress Theme created with Artisteer.